However, taking the Genres, holidays, day trips, personal projects etc all into consideration we could open the new seasons first meeting with the theme,

May to September, my dozen favourite images.

The mix and match, or not, as the case may be, as usual is up to you.

Have a good Summer

Congratulations especially to David Royle, Les Stringer & Michael Hilton – but also to everyone for the high standard of entries this year.

Last Friday’s meeting  saw a wide variety of images from those present and others who were unable to attend. The Multiple Exposure theme was most interesting with in camera double and multiple exposures (depends on the camera model), post processing overlays, panorama stitches and photo stacking all appearing. The long term unusual and humorous themes also had us laughing. Amusing images are welcome at any time.

The next themes are,

Its up to you now.

Apologies for the delay!

The next meeting is Friday 20th April and the themes are-

We are looking for something beyond a straight record shot so some creativity is needed to make it stand out. This is the sort of subject that would lend itself to be captured by a phone.

3.Long term project, Amusing and unusual signs. Show us what you have come across over the last few months.

We had 15 members at last Fridays meeting, the themes appearing to be popular.

On the theme of Control Dial /Menu  explorations we saw examples of amazing high ISO results from a modern DSLR, video clips, and various Art/Creative/ scene modes from different brands of camera. David Higton will be reviewing a selection of these at the next members evening.

We hope to use a variation of the theme in the next few months. The Backlit Close up theme was also very popular with flowers being a strong subject. What came over to me once again is that we have some gifted club members who are not all interested in entering competitions. There were a variety of very good entries.

The next meeting will be on Friday 9th March at 7.30pm

We had to resort to the theme cards for this one –

As usual you can enter either or both themes , aiming to make a presentation of around 5-8 minutes.

Running for a longer term is the theme Amusing and unusual signs, which we will look at in April

‘Open Mono’ was relatively straightforward but the theme of ‘Intentional Camera Movement’ was a challenge both for our members and our Judge.

The competition results are available here.

Friday last saw a good turnout of members. The Christmas theme drew aside variety of images including food, family groups, retail mania, post Xmas walks and even a few with religious connections.  Recreating an image from a magazine produced some star images,  from Pam with portraits of a friend reproduced from a ten year old magazine article. From Stuart, a reproduced Nikon advert  and from Mary, (who was at home poorly) an iPhone advert using new skills she has recently acquired, see attached images  .   My thanks to all who attended and contributed, it made for an interesting evening.

The next meeting is on Friday 9th February  at 7.30 pm in a room yet to be allocated.

There are two subjects, you can enter images for either or both. The first one may go against the grain for some, but its only for once and besides that’s what we do!

Please get in touch if you need further details.

There are some very interesting RPS events/ meetings in January and February:

John Beatty ‘Adventures in the Wild’

Tonight we had a superb evening with John Beatty, speaking about his ‘Adventures in the Wild’. John has been a photographer for over 35 years and told of his aim to capture the ‘beauty and simplicity of the natural world’.

John started by telling us of his links to Wilmslow, showing a photograph of himself as a young boy sailing his boat on Lindow Common and also explaining how he taught for 7 years at a local Secondary School – indeed he was the PE teacher of our very own Dave  Swann and Ian Wilson.

John’s expeditions and adventures have taken him all over the world. One of his first expeditions was to the Antarctic, to South Georgia, just before the Falklands War, and he was lucky enough to have the only photos of South Georgia, that graced the front pages of our newspapers, when the war broke out.  He also visited the Arctic, skiing 400 miles across the Greenland Ice Cap, whilst hauling a leather sledge, and also spending time on the island of Spitsbergen, only 600 miles from the North Pole.

Some of John’s other adventures included trips to: the Himalayas; the source of the Ganges; the deserts of Africa and Asia; spending time with an African tribe and witnessing a healing ceremony that lasted all night; living in a yurt with the nomadic Eagle Hunters of Kazakh Mongolia; trekking the tributaries of the Colorado River in the Grand Canyon with his family and also a visit to Alaska. His love of mountains and wild remote places was evident throughout his talk and it was all accompanied by stunning images and video clips, which emphasised the beauty of the natural world.

He also told of his encounters with wild animals including grizzly bears, polar bears, lions, walruses, and meerkats and he spoke of ‘ that special moment when a wild animal looks you in the eye’. His talk contained many interesting anecdotes: the time he witnessed the ‘birth of a mountain’ when a volcano erupted in Iceland; the time he had high tea in a remote Buddhist Monastery in the Himalayas; the time his friend fell off an ice face and he managed to hold onto the rope for 18 hours until rescue arrived!

John ended the evening telling us about his home and his love of the  Peak District. He showed some incredible images that he had taken in that ‘five minutes of special light as dawn breaks’, thus showing that we don’t have to travel to the other side of the world to take a brilliant image, we just have to look around us – and be up early!

Thanks to Dave and Ian for suggesting that John come to give us a talk and to Adrian for arranging it.  We look forward to a return visit from John to hear more about his ‘Adventures in the Wild’ and to see more of his outstanding images.

No pressure there then, plenty of time!

The chosen subjects are:

As usual you can enter either or both sections showing your own interpretation of each. Aim for a  presentation of around 5 minutes so that we get the chance to see everyone’s images with a little time for discussion in between.

Does anyone have any thoughts /ideas for a practical evening early in the New Year? If so please let me know.

Wilmslow Guild Photographic Society will be exhibiting at the Wilmslow Guild at 1, Bourne Street on Friday 13 October (7:00 – 9:30), Saturday 14 October (10 – 4) and Sunday 15 October (11 – 3). Please join us as part of the Art Trail to view our Photographic Exhibition and find out more about the Society.

At last Wednesday’s meeting I showed a meteor shower time lapse film I’d made on an iPhone.  If you’re interested the app required to make similar videos, and for just about any astronomy-related iPhone purpose, is NightCap Camera.  I was using version 9.0 which has the improved ‘meteor mode’.

Note this app was previously called NightCap Pro and, for a very short time, Night Camera (I think).

And remember there are more meteor showers coming up this year, almost all on nights when the moon won’t interfere too much!  The Orionids, Leonids and Gemenids; in October, November and December respectively.

We have received information that the Wilmslow Guild AV Group are holding a Welcome Evening at 7.30 pm on Friday 15 September at the Guild where you can meet like-minded photographers and members of the AV group and find out more about AV.
To find out more, please read the full invitation.

We will be holding a Photography Exhibition in Wilmslow Library Gallery from Saturday 26 August until Thursday 14 September. Do come along – entry is free and we will have a variety of exciting photographs on display with some of them for sale. For further information phone Mary Dolan on 07867428759.

The Royal Photographic Society are holding a number of Events and Workshops which you may be interested in. There is a fee for each event but you don’t have to be an RPS member to attend.

Workshop in Llanberis – 16 Sep
Click: How to cheat in Photoshop

To be shown early next term (September) .

You can contribute to either or both themes.

A Story in Black and White. Any subject, any theme (e.g. people making something or even a holiday or day trip) Up to a maximum of 15 images, any method of presentation, even an AV if you wish.

Same place, different times.   Again it’s up to you, it could even be your garden or the local pub or church etc. Up to 15 images about the one subject taken at different times, you can use different viewpoints, different lenses, filters etc, whatever it takes to fulfil your interpretation of the theme.

My thanks to those who have contributed in any way to the success of the Project Group this season.

I was very pleased with the number entries in the Chairman’s Challenge last Wednesday with 49 entries in all. The ‘arty’ theme was very popular and the authors demonstrated great creativity in their entries. Members there on the night chose their top images and I have put the top 6 images in the blog.  Thanks to all the authors and the members on the night.

They are holding an exhibition at Didsbury https://www.smcc.org.uk/

An exhibition “Women, Children and Loitering Men” is on from 19 May – 28 August.   Shirley Baker was a pioneering street photographer who compassionately documented the everyday lives of people. This exhibition focuses on her images of Manchester and Salford’s urban clearance programme from 1961-81.

Despite a slightly disappointing quantity of entries our final monthly (print) competition continued the excellent quality we have seen throughout the season. Ably demonstrated by the winners who also head the final rankings in our Photographer of the Year competition.

Congratulations to Michael Hilton (3rd) and Les Stringer (2nd) but especially to Barbara Cook who wins the coveted POTY trophy for the second year in succession.

These suggestions came from the members and are the new subjects. All club members are welcome.

A series of screen grabs or photos of the screen as seen in some magazine tutorials is what we are aiming for. There is no right or wrong way to process an image, it’s the end result that matters.  We should all learn something with this one. Use any image you wish to illustrate your process.

Updated Photographer of the Year table is here

At 7:30 pm – this meeting is open to all club members. The subjects to be shown are:

An optional twist in this is for at least one of your ‘slides’ to include three images, comprised of an original image and two selected crops taken from that image. Each of the crops should ideally make an image that will stand up in its own right. This is basically an exercise in initial observation and post processing presentation skills.

As ever, no judgements, no prizes. It’s all about trying to do something different to improve your photographic and computer skills.

The results of our recent Print competition are now available here

and the latest Photographer of the Year table is here

Our new format of having a Theme or Genre section every month alongside a standard ‘Open’ competition appears to be finding favour with members. This month the Genre was ‘Digital Device’ – images taken on a phone or tablet. Congratulations to the winners – pleas upload DPIs of your winning images!

There are no upcoming events. 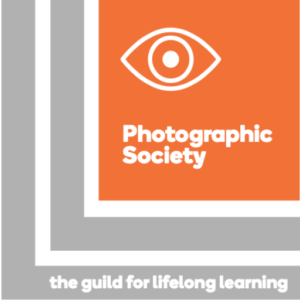